IN NORFOLK AND PORTSMOUTH, VIRGINIA, 1855,
as reported in the DAILY DISPATCH of Richmond, Virginia. 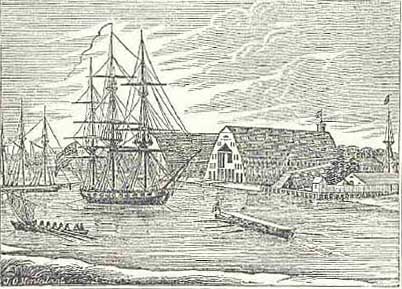 WHO AND WHAT IS THE HOWARD ASSOCIATION?

REPORT OF THE PORTSMOUTH RELIEF ASSOCIATION.
To the Contributors of the Fund For the Relief of Portsmouth, Virginia,
During the Prevalence of the Yellow Fever in that Town in 1855;
the Exhibit of the Treasurer of the Receipts and Disbursements of the Fund,
and Statements of other Members of the Association;
together with a Sketch of the Fever, Etc., Etc.,
Richmond: H. K. Ellyson's Steam Power Presses, 147 Main Street, 1856.

REPORT OF THE HOWARD ASSOCIATION OF NORFOLK, VIRGINIA.
To All Contributors Who Gave Their Valuable Aid in Behalf of the
Sufferers From Epidemic Yellow Fever During the Summer of 1855.
Philadelphia: Inquirer Printing Office, 121 South Third Street, 1857.
(includes) REPORT ON THE ORIGIN OF THE YELLOW FEVER IN NORFOLK
DURING THE SUMMER OF 1855.
Made to the City Councils by a Committee of Physicians.
also found in the Virginia Medical Journal, August 1857, Vol. 9, pp. 89-130.

BOOKS ABOUT THE EPIDEMIC

THE GREAT PESTILENCE IN VIRGINIA;
Being An Historical Account of the Origin, General Character, and Ravages of the Yellow Fever
in Norfolk and Portsmouth in 1855; Together with Sketches of Some of the Victims,
Incidents of the Scourge, Etc.
By William S. Forrest,
New York: Derby & Jackson, Philadelphia: J. B. Lippincott & Co., 1856.

THE SUMMER OF THE PESTILENCE:
A History of the Ravages of the Yellow Fever in Norfolk, Virginia, A. D., 1855.
By George D. Armstrong, D. D., Pastor of the Presbyterian Church in Norfolk.
Philadelphia: J. B. Lippincott & Co., 1856.

THE EPIDEMIC OF YELLOW FEVER IN NORFOLK AND PORTSMOUTH, VIRGINIA,
during the summer and fall of 1855.
By J. D. Bryant, M. D.
Philadelphia: T. K. and P. G. Collins, 1856.
Courtesy of the Library of Congress.

SERMONS OF THE PESTILENCE

Sermon Preached on Occasion of the Funeral of the Rev. William Jackson,
by the Right Rev. B. B. Smith, Bishop of the Diocese of Kentucky
from REMAINS OF THE REV. WILLIAM JACKSON,
New York: Stanford & Swords, 1846.

"THE TERRIBLE DOINGS OF GOD"
A Sermon Delivered in the Court St. Baptist Church, Portsmouth, VA,
Commemorative of Twenty-eight Members of Old Dominion Lodge, No. V,
Who Died During the Late Epidemic.
By Isaac W. K. Handy

"TERRORS OF THE PESTILENCE"
A sermon by Rev. Richard S. Storrs, Jr., of the Church of the Pilgrims, Brooklyn, NY, September 30, 1855,
on the occasion when his church collected funds for the sufferers of the pestilence at Norfolk.

THE TRUE AND THE FALSE IN PREVALENT THEORIES OF DIVINE DISPENSATIONS.
A Discourse Delivered in the Unitarian Church, Washington City,
on Sunday, September 16, 1855, by Moncure D. Conway, Minister.
Washington, D. C.: Taylor & Maury, 1855.

THE YELLOW FEVER EPIDEMIC OF 1855 IN NORFOLK AND PORTSMOUTH:
an analysis of social response and climate.
By Lara Marie Hamilton.
This thesis may not be reproduced in any format without the written permission of both
the author and the University Archives, The College of William & Mary.

DISEASE AND URBAN IMAGE:
Yellow Fever in Norfolk, 1855.
Reproduced with the permission of David R. Goldfield and the Library of Virginia.
Originally published in VIRGINIA CAVALCADE, vol. 23, no. 2, (Autumn 1973): 34-41.

THE CITY OF PESTILENCE.
Poetry by Samuel Selden.
THE MONTHLY VISITOR, Vol. 13, Aug. 1872, pp. 23-26
Obtained from the Virginia Historical Society.

ACCOUNTS OF THE EPIDEMIC BY LOCAL HISTORIANS

In 1900 Walter Reed and the Yellow Fever Commission
exposed the mosquito as the carrier of yellow fever.
"He robbed the pestilence of its terrors and caused the cities of the southland
to sit in peace within their gates."
From memorial plaque at Kings County Hospital, NYC.

This site was built and is maintained by the transcriber and compiler Donna Bluemink.
Materials were provided by Norfolk Public Library & other libraries listed and all are in the public domain
with the exception of five copyrighted items and the photographs of which permission must
be obtained in order to use.