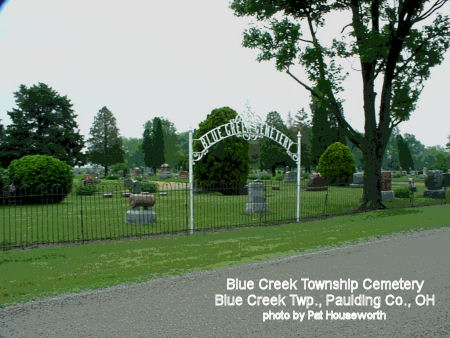 These tombstone photos have been generously donated by Pat Houseworth, on Oct., 2007.
This cemetery is located near Haviland, OH.
The most recent update to this page was made on 10 May, 2008.
Back to Paulding County Index