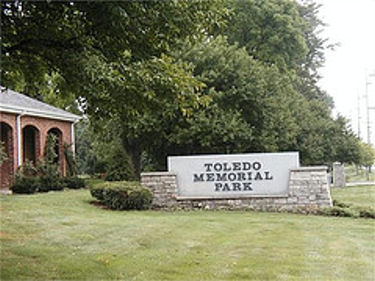 These tombstone photos have been generously donated by Julie Morse, on 14 Oct., 2008.
U.S. 23 (close to the Michigan border) to Monroe Street - West, 1/2 mile down on the right side of the road is the Cemetery. Across the street for a Kroger Store, and Harroun Road. (there is a light at Monroe Str. & Harroun Rd. the Cemetery is on the right...can't miss it)
The most recent update to this page was made on 15 Oct., 2008.
Back to Lucas County Index