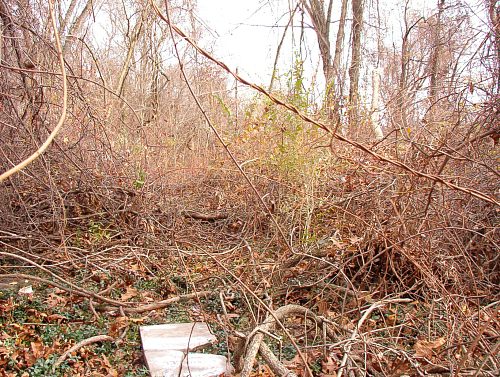 Click here, for additional overview of cemetery location viewed from bike path looking towards bluff.
Click here to view landmarks & RR marker, near where cemetery is located in reference to bike path.

To donate memorial photos for any of the cemeteries located in Ohio,
please read our How to Donate Page.
We need your help to grow!

These tombstone photos have been generously donated by Robert M. Sizelove, Sr. & the kind assistance of
Joe Cullison on Nov. 10, 2004.
The most recent update to this page was made on 6 June, 2010.