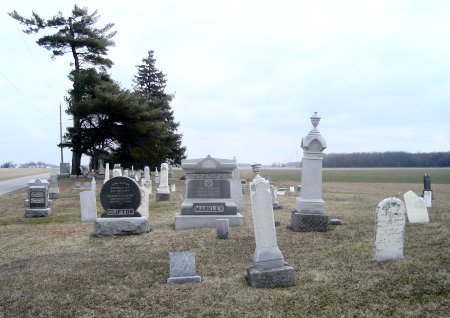 These tombstone photos have been generously donated by Jeff McQueen, on 31 Mar., 2006.
This cemetery is located just off the "X Road" in Freedom Twp. Take 108 south out of Wauseon, until you see a road marked "AC", which takes you southwest until you see the cemetey on your left. This cemetery is also known as Freedom Cemetery.
The most recent update to this page made on 6 Sept., 2008.
Back to Henry County Index