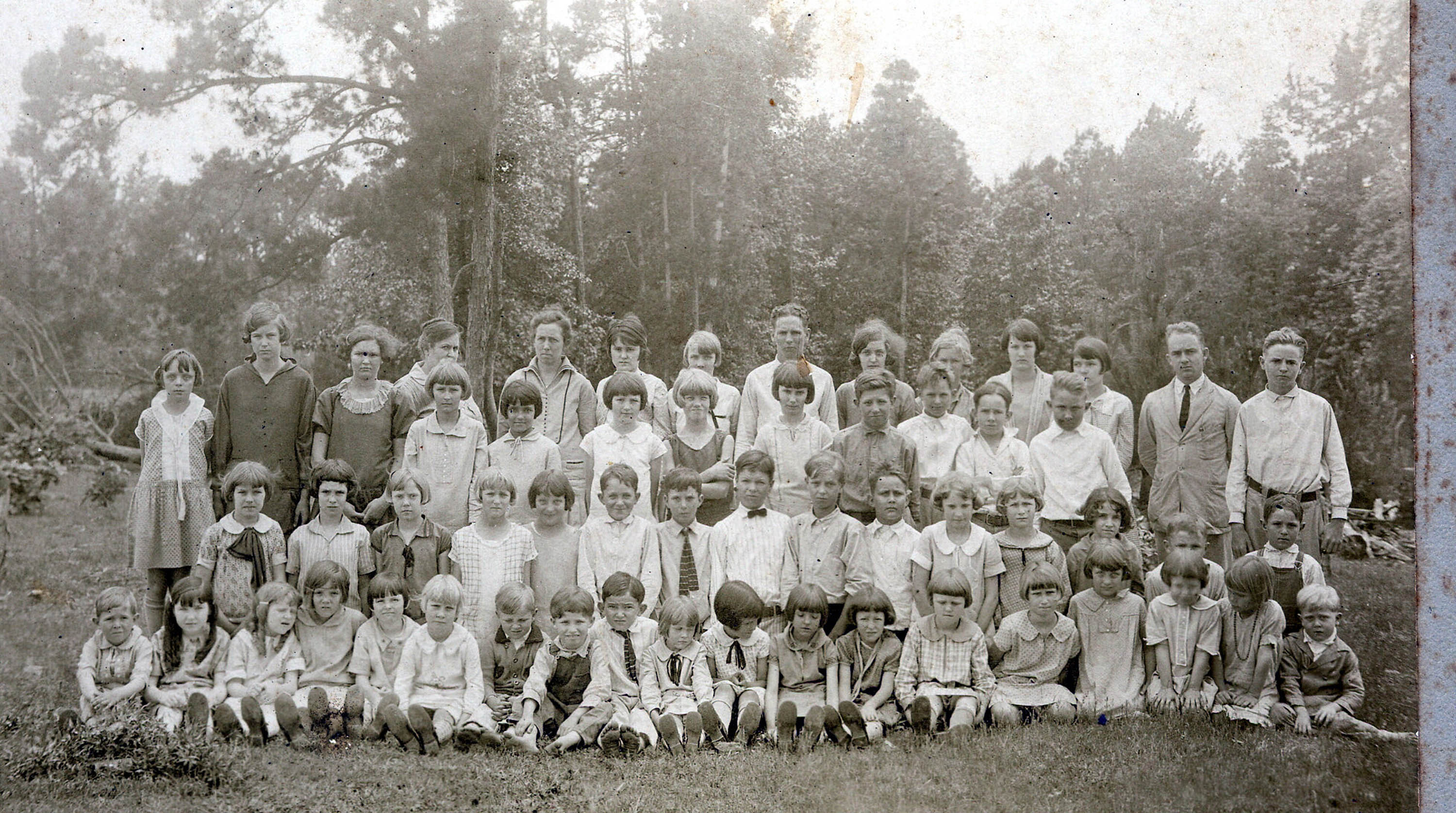 Both of my grandparents attended Hopewell School during the 1920s. They identified their relatives shown in this photograph prior to their deaths:

Second row, on knees: Second from left is Fabrice Boatright