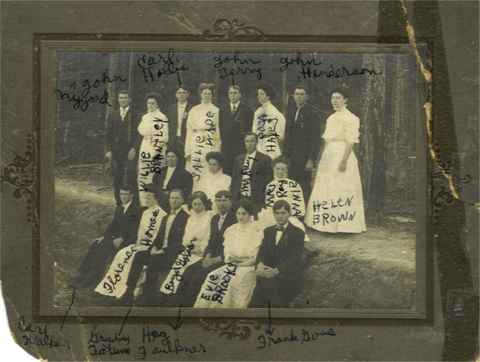 This is another photo of my grandmother, Sallie Wade Hunt, and her classmates
in the early 1900's. This again was either Marion or Lillie.  Someone wrote
the names all over the photo which really ruins the photo but at least we
know who they are.