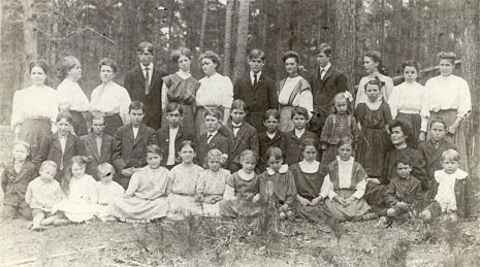 This is called the "Old China Grove School Group". It was made between 1906 and 1910.
I have no idea of the location of the school, but feel like it was around Linville-Haile.