Although construction of the first railroad into northeastern Louisiana from Vicksburg to Monroe was completed in January 1861, the iron horse tracks by-passed Union Parish until 1898. The rail line was first laid from the north down to to Junction City (the northwestern corner of the parish). Union Parish saw mill owner Joseph Wilson Nicklas of Lillie carried his family to the ribbon-cutting ceremony to celebrate the completion in the 1890s. They served steak and light bread to the public. Nicklas' daughter Edna, born on 4 January 1888, remembered the event, as it was her first steak and light bread. She decided she did not like either, so all she had to eat were tea cakes her mother had brought. Soon afterwards, the train tracks were extended to Nicklas' saw mill at Lillie.

To the dismay of the citizens of Farmerville, the first rail line by-passed the parish seat of Farmerville. Instead, this first rail line ran along the western edge of Union Parish, from Junction City in the northwestern corner south into Lincoln Parish. It was laid about three miles west of the thriving village of Shiloh, which had served as the commercial center of western Union Parish since the 1840s. The loss of the railroad and an 1899 fire which destroyed the Shiloh's commercial center spelled its doom. Rather than rebuilding, merchants flocked a few miles west to the rail stop named "Bernice", which soon grew into a thriving village.

The opening of the railroad led to the creation of many new post offices along the rail line. The northern most office was "Randolph", which opened on 30 January 1901 with Mr. George W. James as postmaster (to see the location, click on the Union Parish Post Office Map). The railroads also opened the door for the timber business in north Louisiana and south Arkansas, as it provided quick and easy transportation to markets. The Summit Lumber Company either opened at Randolph or moved its headquarters there in the early 1900s. Many Union Parish men found work with Summit and other such companies, including Gene Barron's grandfather, Tyre Boone Breazeal, who worked as the scaler for Summit Lumber's woods crew. Boone's brother Izzie Breazeal ran the commissary at the worker's camp and kept the company's books. The families of the married lumber men lived with them at the lumber camps, including Boone Breazeal's wife Edna and daughters Larue, who was born on 23 August 1908, and Maurene (Gene's mother), who was born at one of the camps near Farmerville on 19 December 1912. Other workers who lived in the Summit Lumber Company camps with their families included Thomas Jackson Smith and his wife Edna Breazeal Smith and their daughter Ruby, Berson Stone, and a Mr. Cummings. Incidentally, Mrs. Cummings is the woman who suggested that the Breazeals name their daughter "Maurene".

From time to time, the lumber crews would move their operation to different locations. They would use a crane mounted on a railcar to off-load wooden boxes off railcars for homes for the workers. These boxed houses were lined up in rows facing each other, with plank walks laid down between them (see the photographs below). They men laid trams, a temporary form of rail tracks, all over the parish for transporting the logs back to the saw mills. Gene says that signs of these trams can still be found in Union Parish.

The Summit Lumber Company went bankrupt in early 1914, and so Izzie P. Breazeal needed additional work. He wrote a letter to his first cousin, Nancy Emmaline Jeter, the wife of Shelby H. Wilkerson, in which he discretely asks about the possibility of work in Texas where she lived. He typed the letter in green ink, which did not scan well; click on this transcription to read Izzie Breazeal's letter.

Click on each picture to view an enlarged photograph. 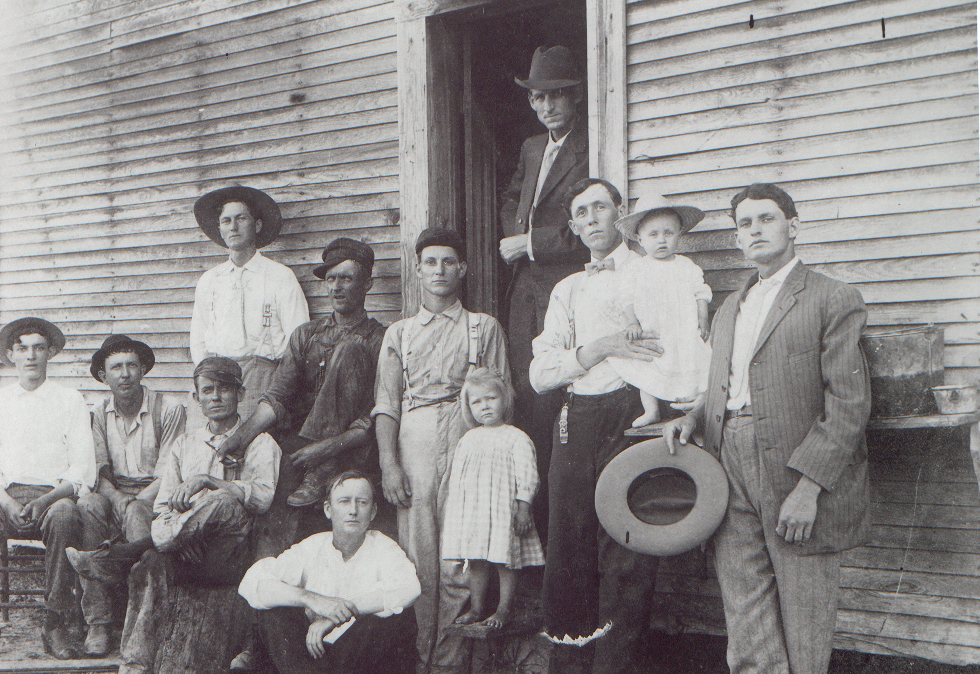 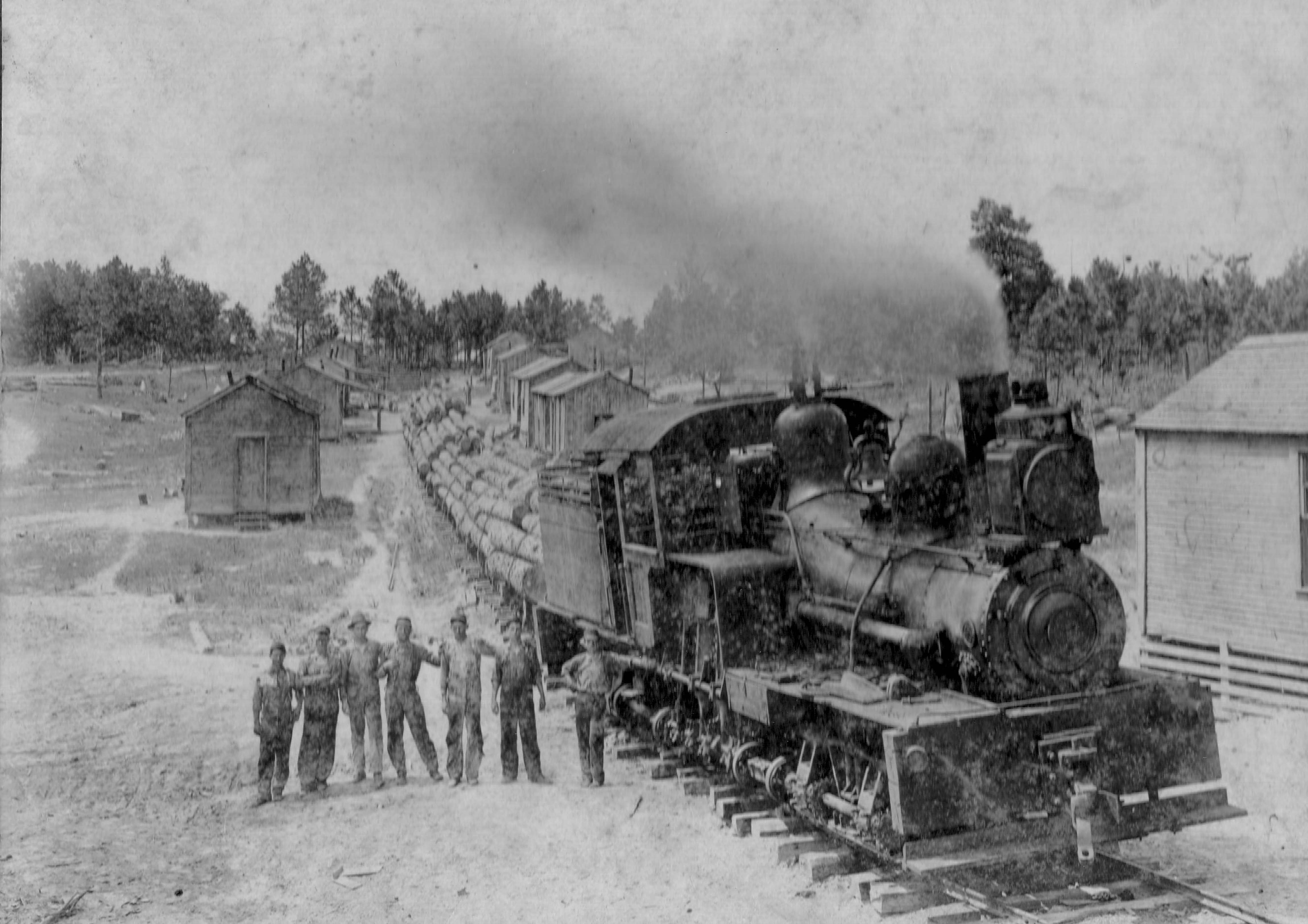 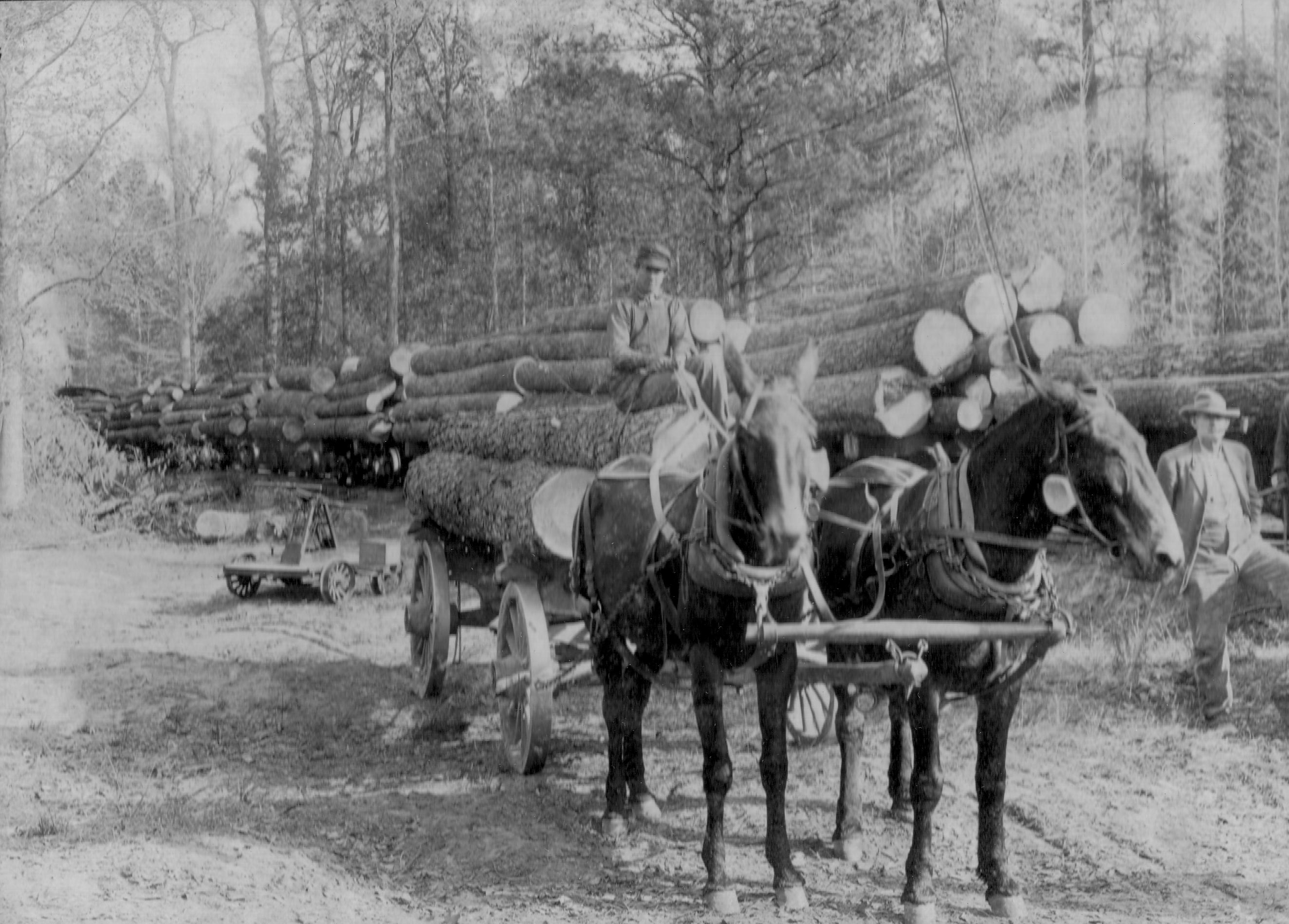 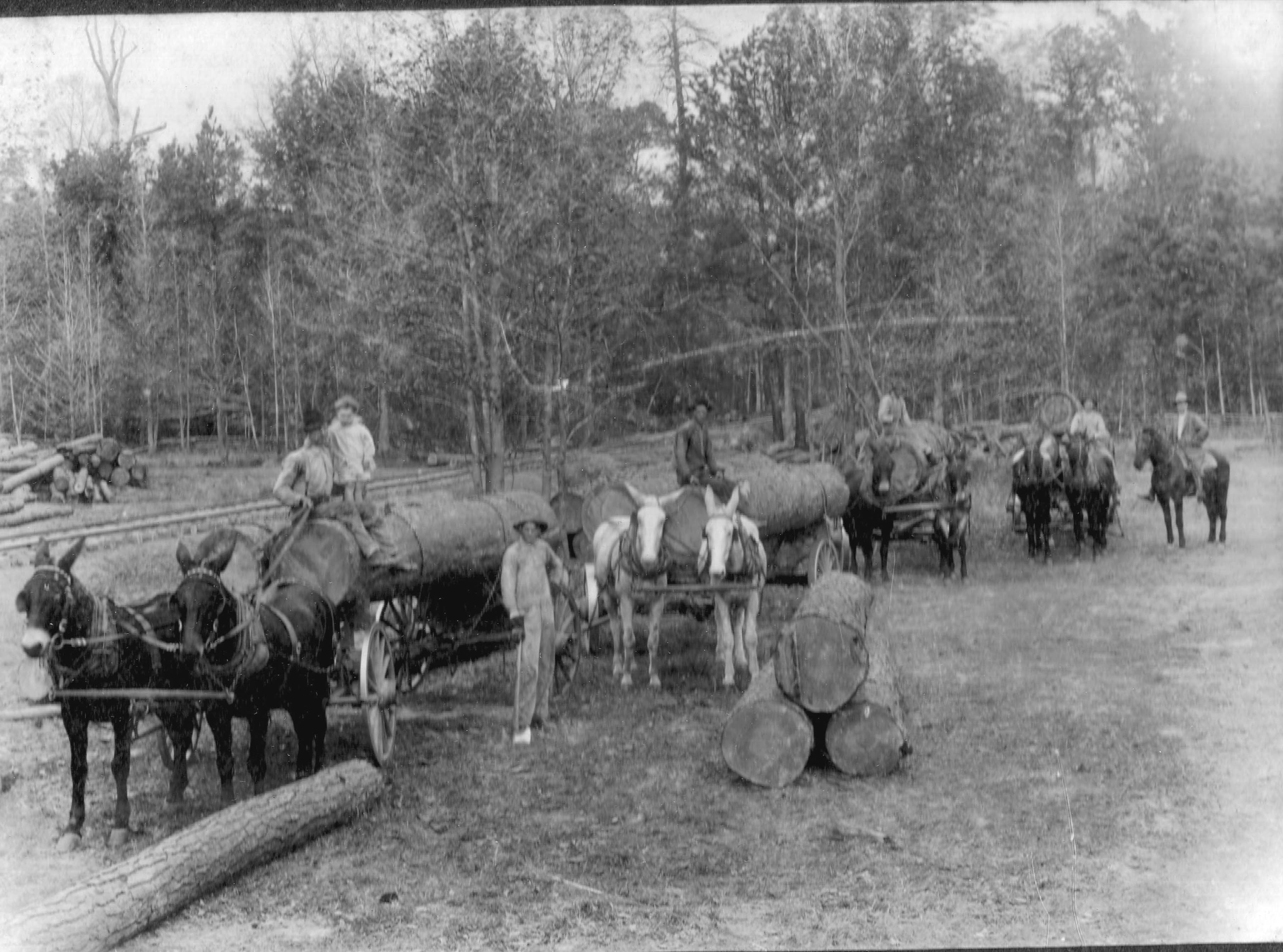 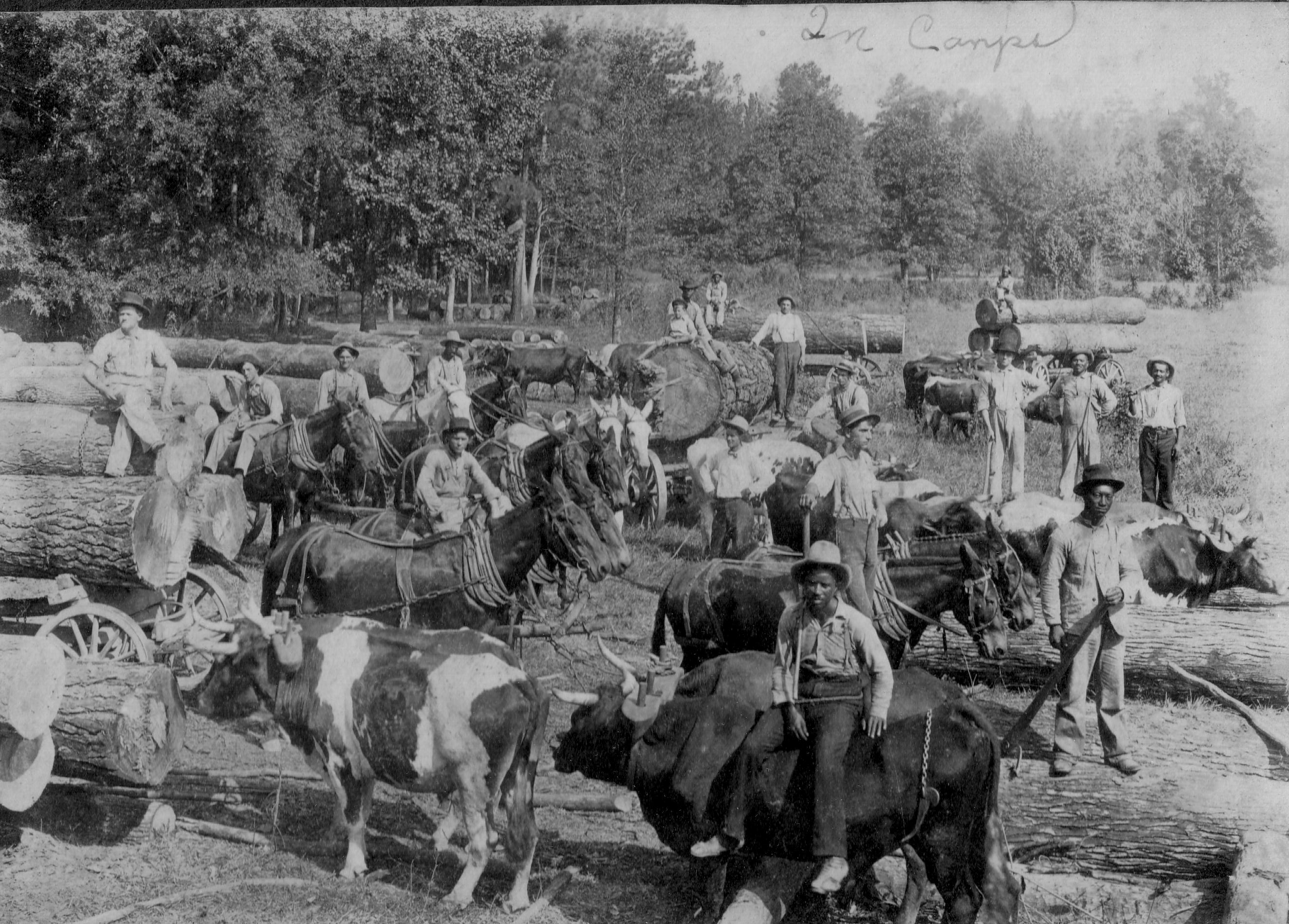 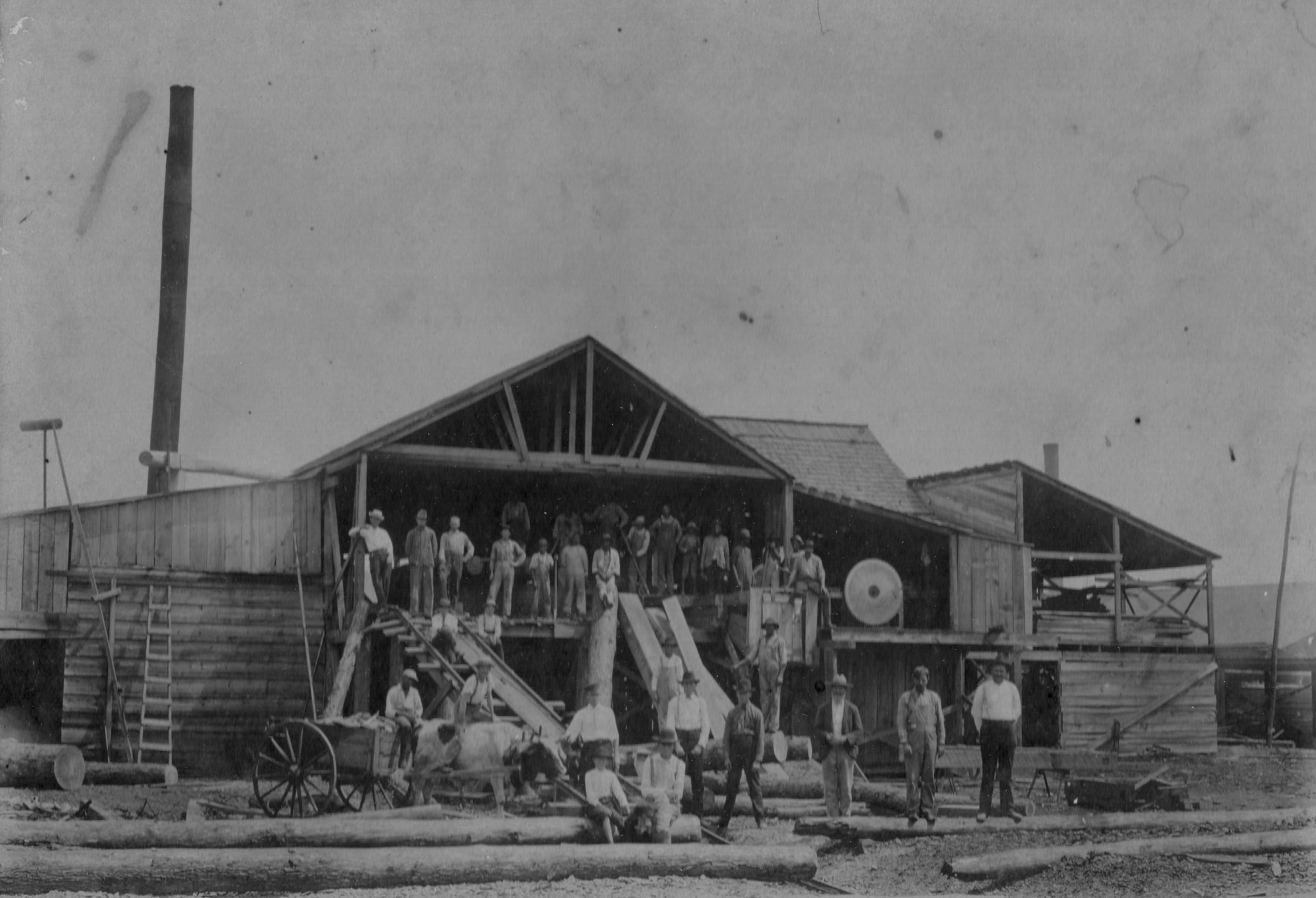